Your browser does not support the Unity Web Player. Want to save the game for later? Add it to a collection.

The game is very basic.

A game of tag. A game of collecting.

One player the Collector, one the Chaser.

The Collector is slow, but has the special ability to toggle its own visiblity.

The Chaser is quick, and it's his/her job to tag the Collector.

When the tag is made, the players switch roles.

Only the Collector can obtain 'bits'.

Movement: Up, down, left, right arrow keys OR Left Joystick of controller 1

*: You can only go invisible / reveal yourself, if you are the Collector

This was really rushed for the #LD48 competition. I would like to update it with some much needed instructions and polish, and possibly some alternative character selections.

Try running the game in Windowed mode if it crashes or fails to load.

Fiddle around with the resolutions and quality, maybe one of them will work for you - I hope so :)

Otherwise, try hitting your computer to see if that works. 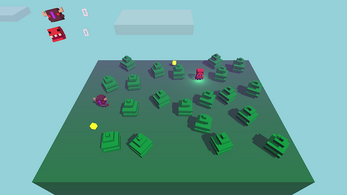 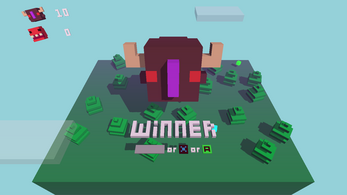